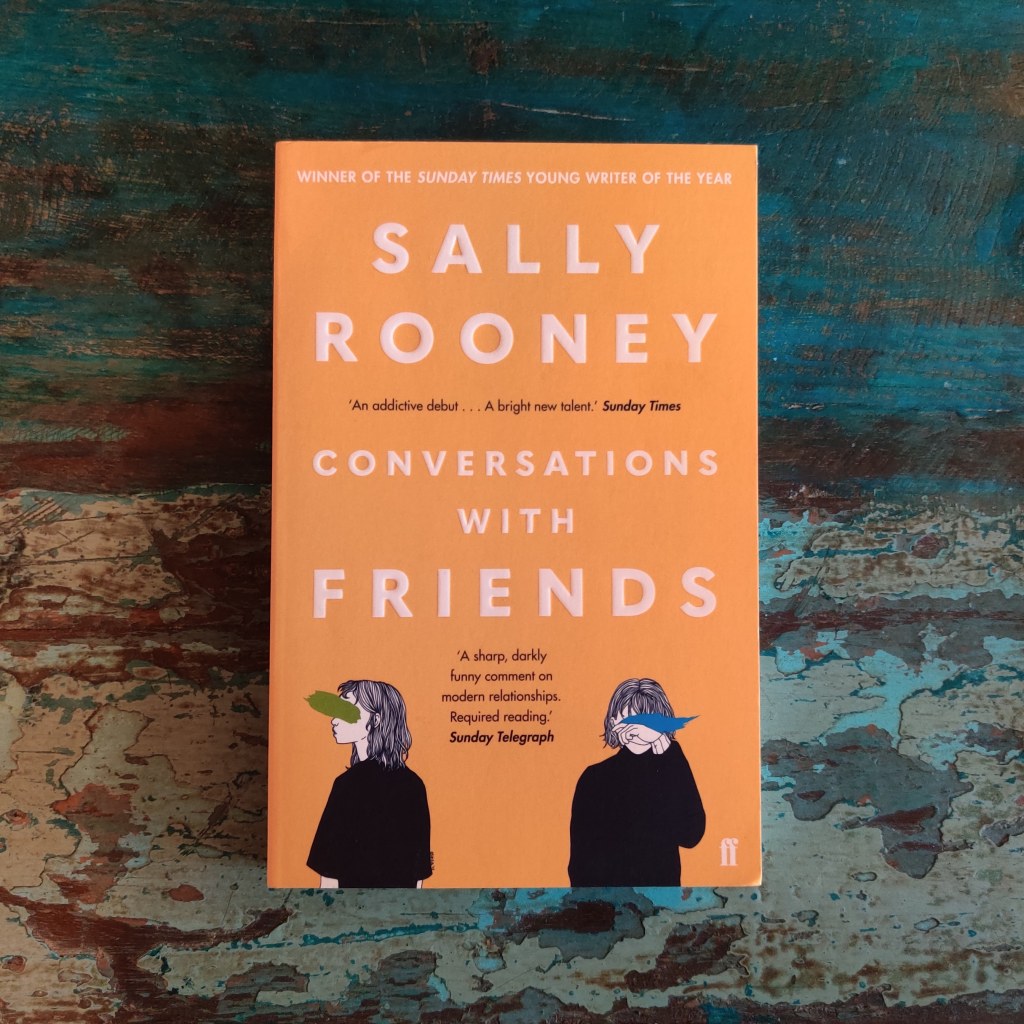 Sally Rooney’s writing terrifies me, it’s the kind that makes me shut the book after every few pages and then inexplicably open it again, just so I can immerse myself in what she has to say. I read her books in reverse order, making, “Conversations with Friends”, her debut novel, the second in mine.

She is capable of finding that which makes the blood thrum in your veins, the baser things that make us human, that which we might not pay attention to, or believe are depraved parts of our psyche and being which should be discarded and not paid attention to. It’s those very parts that make the center of her narrative.

Conversations with Friends is at its simplest a yearning and quest to understand if humans can romantically love more than one person at a time, and in its most complex a story of a ménage à quatre between Frances, Bobbi, Nick and Melissa.

“Is it possible we could develop an alternative model of loving each other?”

Frances, our protagonist, grapples with life as a current day communist, who cannot see the world as she would because capitalism still runs the till, she explores it as a bisexual woman who tries to understand if romantic love is monogamous or infinite. All this, while she protects her innermost self fiercely, as if being known by anyone else would chink her armor; the only thing that reflects her true self and thoughts is her writing.

“Gradually the waiting began to feel less like waiting and more like this was simply what life was: the distracting tasks undertaken while the thing you are waiting for continues not to happen.”

She lives in a reality that feels like a series of letting things to happen to her as if she is powerless while subversively exerting power in interpersonal relationships. She perceives herself as the other, the cold, unknowable even as she feels inherently vulnerable. She goes so far as to feel combative with others and self when she portrays the vulnerability.

On the other hand, her life is made of intensive characters that she constantly compares herself to. Whether its exuberant and outspoken Bobbi, reserved and endlessly kind Nick or flashy and aggressive Melissa.

This is an expansive journey that Frances goes through from an alcoholic father, lacking in warmth and stability, eccentric Bobbi that she can never quite stop loving, glamourous Melissa that she would like to be, or possess Nick in the same way he possesses her and her own self that she can’t stop deriding and disassociating from the “normal” world.

In the end, realising that these common social constructs made no sense to her and that love and being human works in both beautiful and ugly ways.

Things and people moved around me, taking positions in obscure hierarchies, participating in systems I didn’t know about and never would. A complex network of objects and concepts. You live through certain things before you understand them. You can’t always take the analytical position.”

Begin typing your search above and press return to search. Press Esc to cancel.